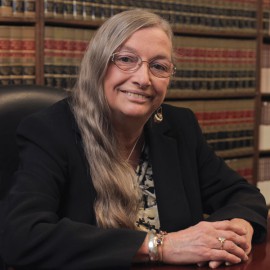 Ms. Myers is admitted to practice law before the courts of New York State as well as the United States District Court for the Eastern District of New York. Prior to practicing law, she worked as a staff nurse in the Emergency Department at Morrisania Hospital and head nurse in the Emergency Department at North Central Bronx Hospital. She concentrates her practice on cases involving medical and veterinary professionals, and is responsible primarily for high exposure neurosurgery and obstetrics cases. She has successfully drafted and argued appeals before the Appellate Departments of the State of New York and has successfully drafted and argued numerous dispositive motions on behalf of her clients.