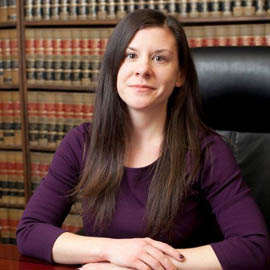 KRISTEN M. MITARITONNA joined the firm in 2017 and became a partner at the end of 2019. She received her Bachelor’s Degree from the State University of New York at Fredonia in Legal Studies, and her Juris Doctorate from Touro College Jacob D. Fuchsberg Law Center in 2012. While Ms. Mitaritonna was in law school, she worked full time as a law clerk at a large insurance defense firm. Ms. Mitaritonna remained at the same firm after law school where she practiced in the areas of dental and medical malpractice. Prior to joining to Connick, Myers, McNamee & Fitzgerald, P.L.L.C., she was an associate at insurance defense firm where she continued practicing in the areas of medical and dental malpractice in addition to defending nursing home litigation. Ms. Mitaritonna’s practice is focused primarily on medical malpractice defense. Ms. Mitaritonna has extensive trial experience in malpractice claims, and has obtained a number of favorable verdicts on behalf of her clients.