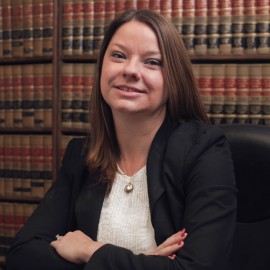 Ms. Fitzgerald is admitted to practice before the courts of New York State, as well as before the United States District Court for the Southern District of New York. Her practice is focused primarily on defending professional liability cases and license defense matters before the New York State Offices of Medical Conduct and Professional Discipline, though she has extensive experience defending all types of negligence actions including vehicular negligence cases, premises liability cases, construction accident cases, lead exposure cases, negligent supervision cases, and other negligence claims from their inception to trial. She has successfully drafted and argued appeals before the Appellate Departments in New York State and has successfully drafted and argued numerous dispositive motions on behalf of her clients.